Sushi Saudade: the union between Japan and Brazil

Two cultures which are so different could never be so united as in the menu at the Japanese-Brazilian restaurant Sushi Saudade in Cagliari.

You may have already heard of the Non-ikei burajiru-jin fusion cuisine which began more than a century ago, when the first Japanese immigrants arrived in Brazil, and over the decades it obtained its own identity. It has become a healthy and appetizing gastronomic contamination, which has also spread in different contexts.

In the magical setting of Palazzo Doglio, in Cagliari, there is a restaurant where these two so distant culinary cultures have never been so close. Japan meets with Brazil in Sushi Saudade, creating colourful, fragrant and rich flavour dishes, where the exotic South American fruit blends perfectly with the typical Japanese cuisine.

The restaurant already offers an important business card: characterized by a warm and welcoming design, its colours and lights recall the Brazilian atmosphere. The predominantly pink colour mixes perfectly with the bright green of the chairs, the black and white of the floor and the various gold details. A real explosion of colours, which is then reflected in the restaurant’s dishes. 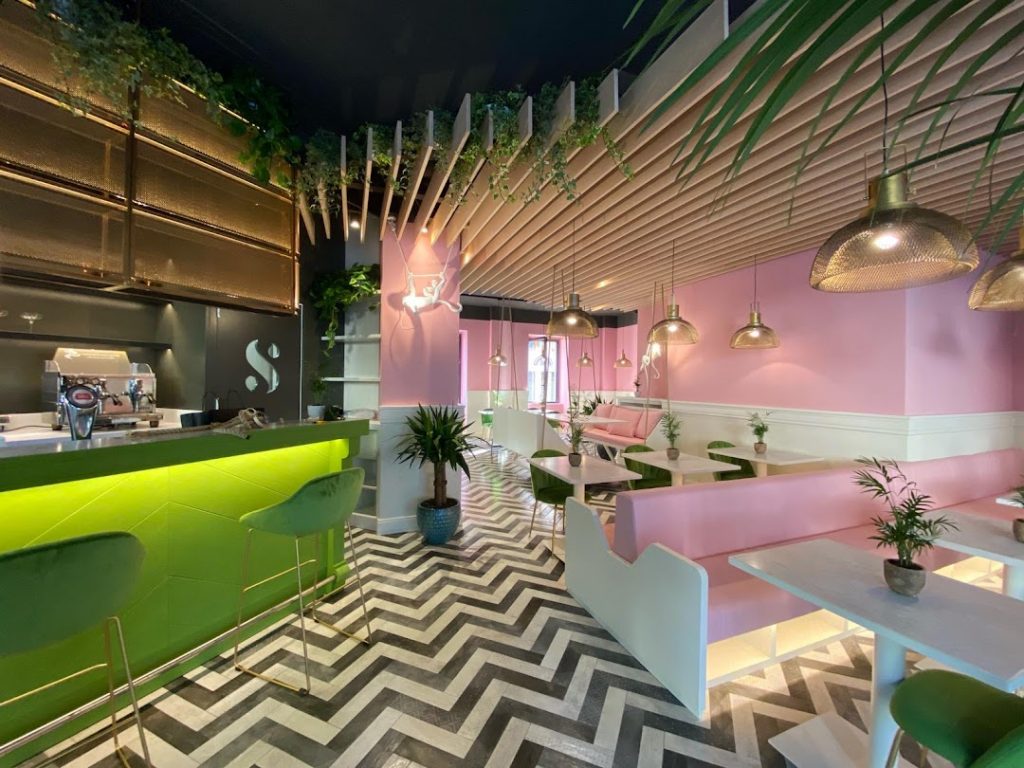 The menu of Sushi Saudade is colourful and delicious

The goal of the Sushi Saudade team is to dare and experiment. A lunch or dinner represents a unique culinary and gastronomic experience, with a sensory involvement that rotates 360 degrees, it’s from this starting point that the cuisine of the restaurant develops.

The rule that opposites attract is confirmed at Sushi Saudade. The name of the restaurant contains a nostalgic and poetic concept, which is then confirmed by the pairings of dishes. The typically Japanese delicacy embraces the passion and colours of the carioca culture, without of course leaving out the quality of the remarkable ingredients. 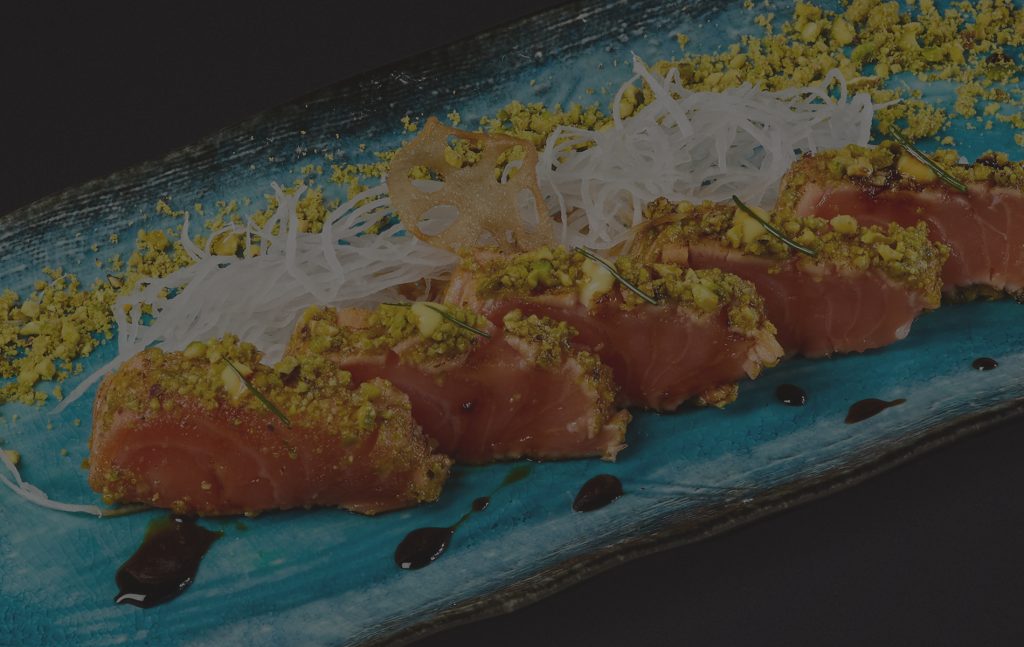 The menu is varied, but there is a common thread that unites the two cultures: you can find for example delicious temaki, with cooked or raw fish and rigorously prepared at the time, with the accompaniment of fresh exotic fruit. Not only: tartars, ceviche, sashimi, cru, tropical rolls and pokè are the protagonists of the menu.

The raw ingredients used by the chef are of the highest quality, and by tasting them you can directly realize that they are prepared at the time. And in addition to being exceptionally delicious, the dishes are also very beautiful to see: they are extremely well cared for also from an aesthetic point of view, also because we know that the eye wants its part.

Sushi Saudade is in Ichnusa Square, near Palazzo Doglio, and also offers its customers a dehor exterior attention to detail and illuminated by dim lamp posts. From the restaurant, you can walk just a few minutes to the historic centre of Cagliari.

Do you want to discover the exotic combinations at Sushi Saudade and have a holiday full of elegance? Book your stay at Palazzo Doglio in Cagliari.

Filindeu: the rarest and most difficult Sardinian pasta in the world