European Jazz Expo Cagliari is the unmissable appointment with a complex and fascinating musical genre that has been able to reinvent the concept of time in music.

From the 14th to the 17th of October 2021, the four days of the European Jazz Expo Cagliari kick off with concerts, showcases and exhibitions dedicated to the music genre born in the early twentieth century.

The work songs were sung both in the cotton plantations and during the construction of railroads and roads in the United States to coordinate movements, today jazz is considered a refined musical genre that requires a certain degree of expertise, but originally African-American music is listened to and practised around the world, intangible heritage of humanity to which UNESCO dedicates the 30th of April since 2011.

The word jazz, originally written jass, is thought to have been spoken for the first time in New Orleans around 1910 and would derive from the French term jaset meaning “croaking/ making noise” or, according to the French-speaking dialect of 18th-century Lousiana, “copulate”.

It should be remembered that the city, before the acquisition by the United States in 1803 (the so-called Louisiana Purchase or Vente de la Louisiane, in French), had suffered the French and Spanish domination. In addition, to support the idea that the etymology of the word jazz derives from the French jaser-jass were also the newspapers of the time in addition to the testimonies of the musicians of New Orleans, according to which this music in traditional environments was called “cacophony”, an “unpleasant noise” and a “clatter”.

Other hypotheses try to explain the origin of the word jazz which, according to some sources, could derive from a term of African origin, with references to sexuality, or the English word jar since the first jazz players used overturned vases as percussion.

Rhythm and improvisation are the main elements of jazz that evolved during the twentieth century, evolving into a wide variety of styles and subgenres: from the Dixieland of New Orleans in the early years to the swing of big bands in the thirties and forties, from the bebop of the second half of the forties to the cool jazz and the hard bop of the fifties, the free jazz of the sixties to the fusion of the seventies, up to the contamination with funk and hip hop of the following decades.

Among the great artists who have made the history of jazz, just to name a few, there are Joe “King” Oliver, Louis Armstrong, Duke Ellington, Ella Fitzgerald, Billie Holiday, Coleman Hawkins, Charlie Parker, and Miles Davis. 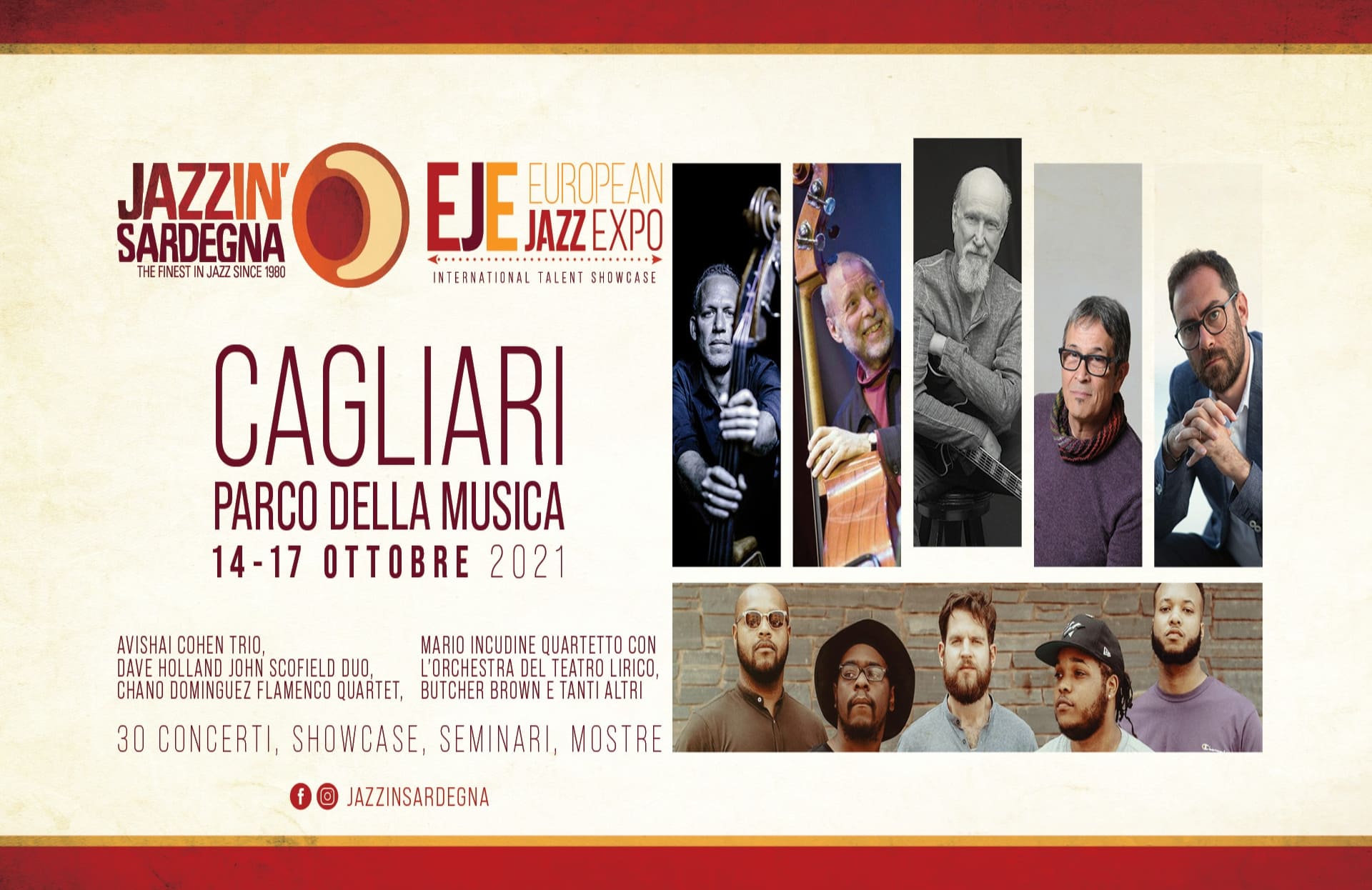 Now in its 41st edition, the International Jazz Festival in Sardinia was founded in 1980 by some cultural operators of the Arci di Cagliari: Massimo Palmas, Walter Porcedda, Sandro Capriola and Luciana Atzeni.

The occasion was the meeting with Isio Saba, Ozierese photographer, long resident in Rome, with important knowledge and friendships in the field of African-American jazz. Thanks to the precious help of Saba, it was possible to set up in the Sardinian capital a rich calendar of events with great artists of the international music scene: the Art Ensemble of Chicago, on the evening of May 19th, 1980, He performed at the Teatro Massimo in front of over three thousand enthusiastic pagans, officially marking the entry of Cagliari in the category of jazz capitals.

Let’s see together what are the main events of European Jazz Expo Cagliari 2021:

o Presentation of the Imparomusica platform

It will be in the beautiful Parco Della Musica, thanks to the agreement protocol strongly desired by the Municipal Administration of Cagliari, which commits Fondazione Teatro Lirico, Conservatory of Music and Jazz in Sardinia, to host over 30 concerts and showcases of European Jazz Expo Cagliari. A single subscription will give access to all the shows, with a choice of the place to a single plan.

For more information and to purchase tickets, please visit www.jazzinsardegna.com or send an email to festivalinternationaljazzinsard@pec.it.

Would you like to listen to the great contemporary interpreters of jazz and have a holiday full of charm and elegance? Book your stay at Palazzo Doglio in Cagliari

Pistillo: the Halloween children’s event at the theatre

MAIORI pizzeria: all the flavours in Cagliari

2021 is the year of Dante Alighieri

Voices from the Lagoon, a Federica Patteri’s photographic...